Beckon The Ravens by Bradon Nave is LIVE!

Add it to your TBR: http://bit.ly/BeckonTheRavensTBR 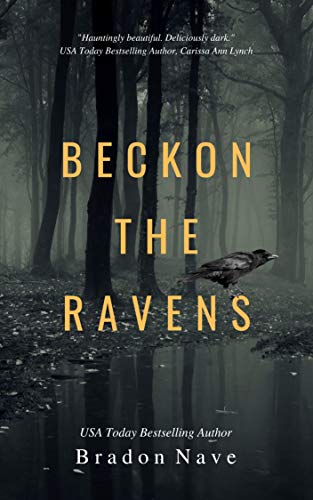 Born and raised in a patriarchal farming community infused with bent religion, nineteen-year-old Meyrick has spent the majority of her life encased in snow-dusted hills and trees. Stanch regulation leaves little room for teenage antics and Meyrick finds herself dreaming of a future far from the grasp of rural Alberta. As plans to leave for America are coming to fruition, an unearthed secret leaves Meyrick no choice but to rescue the man she loves and embark on their adventure prematurely.

Destined for Idaho, a series of tragedies leaves Meyrick without her companion, alone in rural America and tossed into the clutches of a sadistic crop-farmer, Leroy Ellis. One morning while walking she is perplexed to witness a gentleman in a truck disperse two farmhands on the lawn before driving away. Initially cross, she soon takes a liking to the young couple and stashes the man and woman away from Leroy’s cruelty in a small barn on the property. Their bond grows, as does Meyrick’s hatred for Leroy. She is bewildered by an inability to depart from the deranged man. She isn’t a prisoner, yet something within her anchors her to him. Her mind begins to crumble. Meyrick finds it difficult to distinguish reality from illusion, past from present and often suffers cruel flashbacks. Spiraling to a state of disrepair, Meyrick is saddled with an additional challenge: Her guests aren’t the fragile and defenseless wanderers she’d initially assumed. The two have amassed their own secrets during their visit which may result in deadly consequences for the three of them.

Add it to your TBR: http://bit.ly/BeckonTheRavensTBR 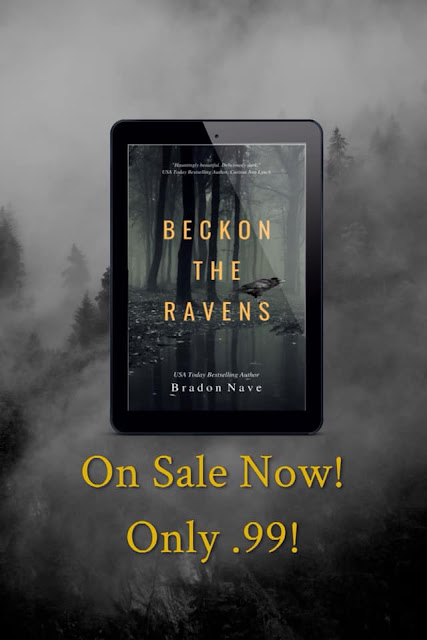 Meet The Author:
Bradon Nave is a USA-Today Bestselling and award winning author.
He was born and raised in Oklahoma. Bradon currently lives in Piedmont, Oklahoma, with his wife and two young children. He loves running, being with friends, and writing.