One-click Episode #1 in the NOT LOOKING FOR LOVE series by LENA BOURNE for only .99¢!


NOT LOOKING FOR LOVE; Episode #1:

***This is the first installment of a 5-part steamy New Adult romance, Not Looking For Love, serial.***

Sometimes, what you want is not really what you need. 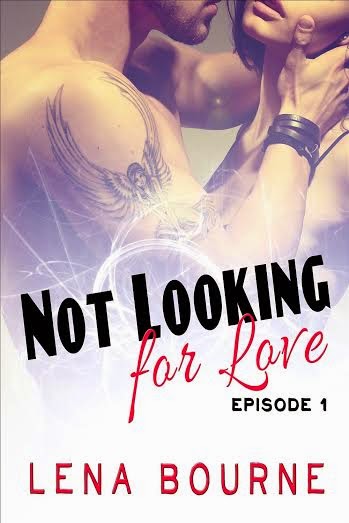 Gail is only twenty-two years old and her mom is dying. Not just dying, she will be dead in a few days, if the doctors are to be trusted, and Gail is certain she herself won't survive that. After a run in with Scott, the hot gardener from next door, Gail begins to see him as the perfect distraction from her unbearable life. It's not love Gail wants. She just wants to feel good with someone who makes her forget, if only for a little while, and Scott fits that description perfectly.

Scott just got back into town and he's still trying to get his life back together. He already has more problems and regrets than he can ever hope to live with, and the last thing he needs is to get tangled up with a rich girl who is clearly a little unsettled, if not downright insane. But the fact that Gail is very attractive and keeps throwing herself at him makes it impossible to keep sending her away. Which he should, for Gail's sake more than his own.

Warning: This book is intended for people 18 years and older, since it contains hot, explicit sex between consenting adults, and all the bad words associated with it.

ALPHAS IN LOVE, an anthology by five romance authors releases on Valentine's Day!!

PURCHASE ON AMAZON FOR .99 cents 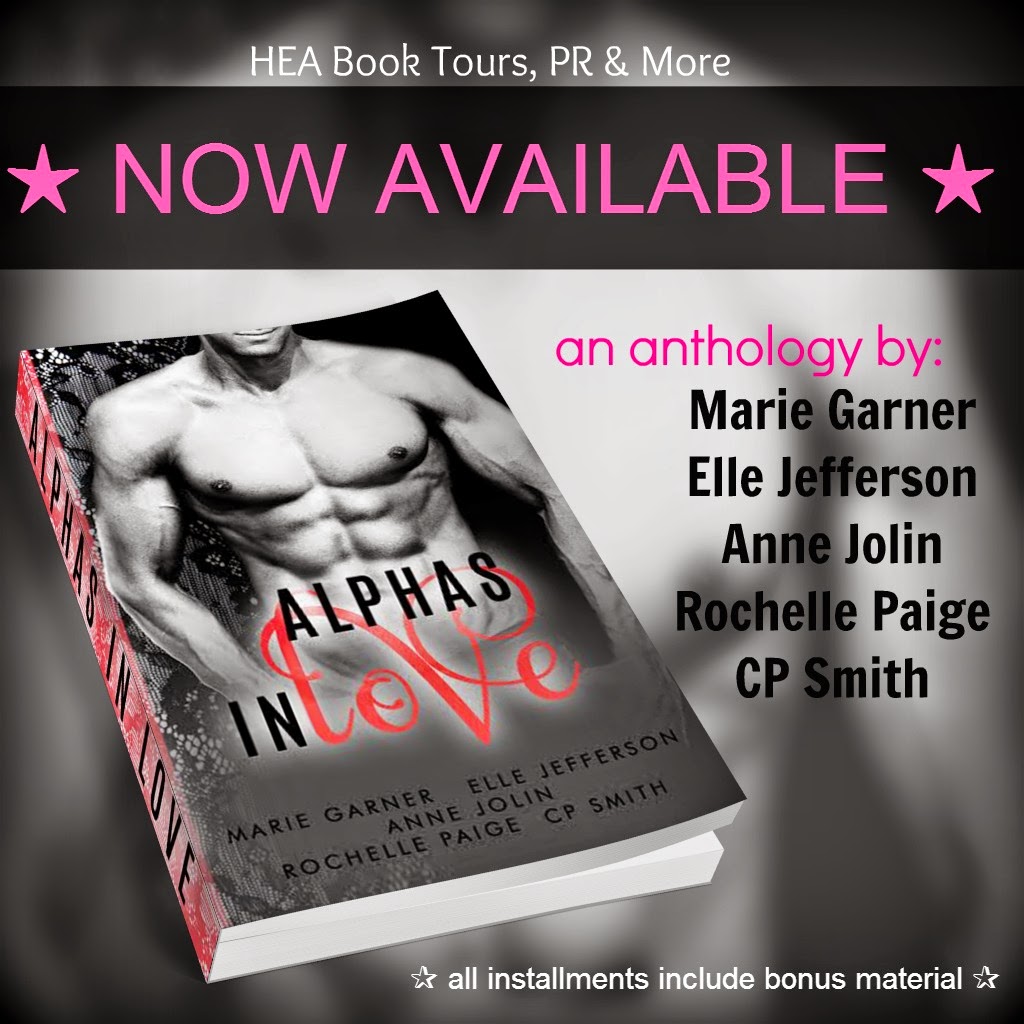 When America’s sweetheart…
Brea Richards is America’s sweetheart. Dubbed Miss Congeniality by the media, Brea has spent years honing her current reputation. And being one of the leading stars of a prime time television show…priceless. It’s a long way from her humble beginnings, but that’s her secret to keep. Or at least that’s what she believes until she gets the phone call.

Meets America’s bad boy…
Lance Holder is America’s bad boy, the guy they love to hate. He lives life the way he wants, and makes no apologies, regardless of what anyone thinks. All everyone sees is the tattooed, motorcycle riding, reckless movie star, preventing anyone from looking beneath the surface. And that’s just fine with Lance. Until his new gig puts him right in the path of Brea.

Will either one escape unscathed?
Lance is the newbie on Brea’s show, and everyone is watching to see if America’s bad boy will influence Miss Congeniality. They don’t know Brea’s worst influences happened long before Lance entered the picture. And Lance seems to be one of the only ones to see beyond her current façade. Maybe America’s bad boy is just what America’s sweetheart needs…

At Death It Begins by Elle Jefferson:
Lendyn Hughes' grandmother has kept a secret for thirty-one years, who Lendyn's parents are. A devastating break-up following her grandmother's death leaves Lendyn alone, confused and determined to find answers. Armed with only a name Lendyn attempts to unfurl the branches of her family tree never guessing it would put her life in danger.

For over two hundred years Englishman Callum Scott lived a life surrounded by beauty. A life free from all those annoying human emotions. That is until the American showed up. Lendyn flipped his world upside down and put him in the worst sort of jeopardy. He's starting to feel things and a murderer can't afford to feel.

Chasing Rhodes by Anne Jolin:
***Can be read as a standalone or as part of the Rock Falls series.

Hannah Rhodes has just gotten out of a long term relationship, and she isn't looking for a new man in her life. But after a night out with the girls and one too many tequila shots, her plans to stay man free are blown all to hell. She finds herself in bed with the smoldering stranger from a party six months back and immediately knows she's in trouble, big trouble. And the last thing Hannah needs is more trouble.

Her last relationship took her out like an emotional freight train, and she’s trying to piece back the stability her life once had.

Greyson Holt’s biggest fear in life is to end up like his father, like the man who left him as a child, and broke his mother’s heart. He vowed to never be responsible for that kind of carnage. Men could be cruel and that kind of brutality was in his blood. He never allows himself to get too close to anyone, until he meets Hannah.

Something about her makes him want to try, but a man can’t change overnight.

Will Holt be able to catch Rhodes every time he lets her go? Or will their chase end in heartbreak?

Hit The Wall by Rochelle Paige:
Jackson thought he knew what love was and feels like he missed his chance at happiness. He realizes he wasted his chance by chasing after one-night stands instead of going after what he really wanted.

Kaylie knows what loss feels like and doesn't want to take a chance on love. She puts up walls to keep her heart protected from experiencing that kind of pain again.

What happens when a guy who refuses to lose out again meets a girl who resists him as much as she can? Will Jackson be able to hit the wall Kaylie has put up and knock it down?

A Reason To Breathe by CP Smith:
WARNING: Author believes in soul mates and insta-love, proceed with caution if you're not a romantic at heart.

Love at first sight never was so dangerous.

Jack Gunnison has a problem, well, two, actually, one is 5'5" and the other...A killer.

Jennifer Stewart needs a change after losing her husband and sending her daughter off to college.

Moving to the high country of Colorado to restart her life and, follow her dreams, Jenn gets more than she bargained for when she attracts the eye of a killer.

Together, Jack and Jenn must figure out his identity, before he strikes again.

~ Connect with the authors ~

Posted by Unknown at 1:36 PM No comments:

NEEDS REVIEWERS: A preliminary schedule has been sent along with review copies to those that are already signed up. REVIEW COPIES ARE READY FOR NEW BLOGGERS THAT SIGN UP. ✦ 10-day SERIES Blog Tour ✦ THE DARKEST NIGHT by Sophie Avett ~ Date: Feb 16-27
https://docs.google.com/forms/d/1RIq1b1VosNEiBEDP-3L9sCXT6sxjLOnrSs6HnOCMigM/viewform