~ HTML codes provided for all ~

Posted by Unknown at 2:14 PM No comments:

LEARNING TO LOVE AGAIN, the THIRD BOOK in the Learning Series by Cynthia P. O'Neill is available for purchase!!

A heart pounding race to the finish for both Garrett and Laurel! Find out how their story ends!
Buy today!
AMAZON US 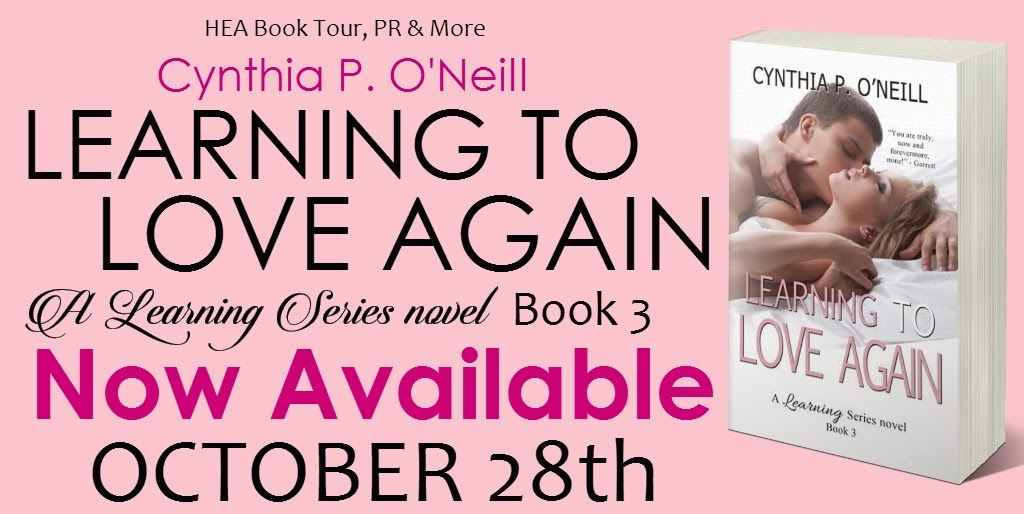 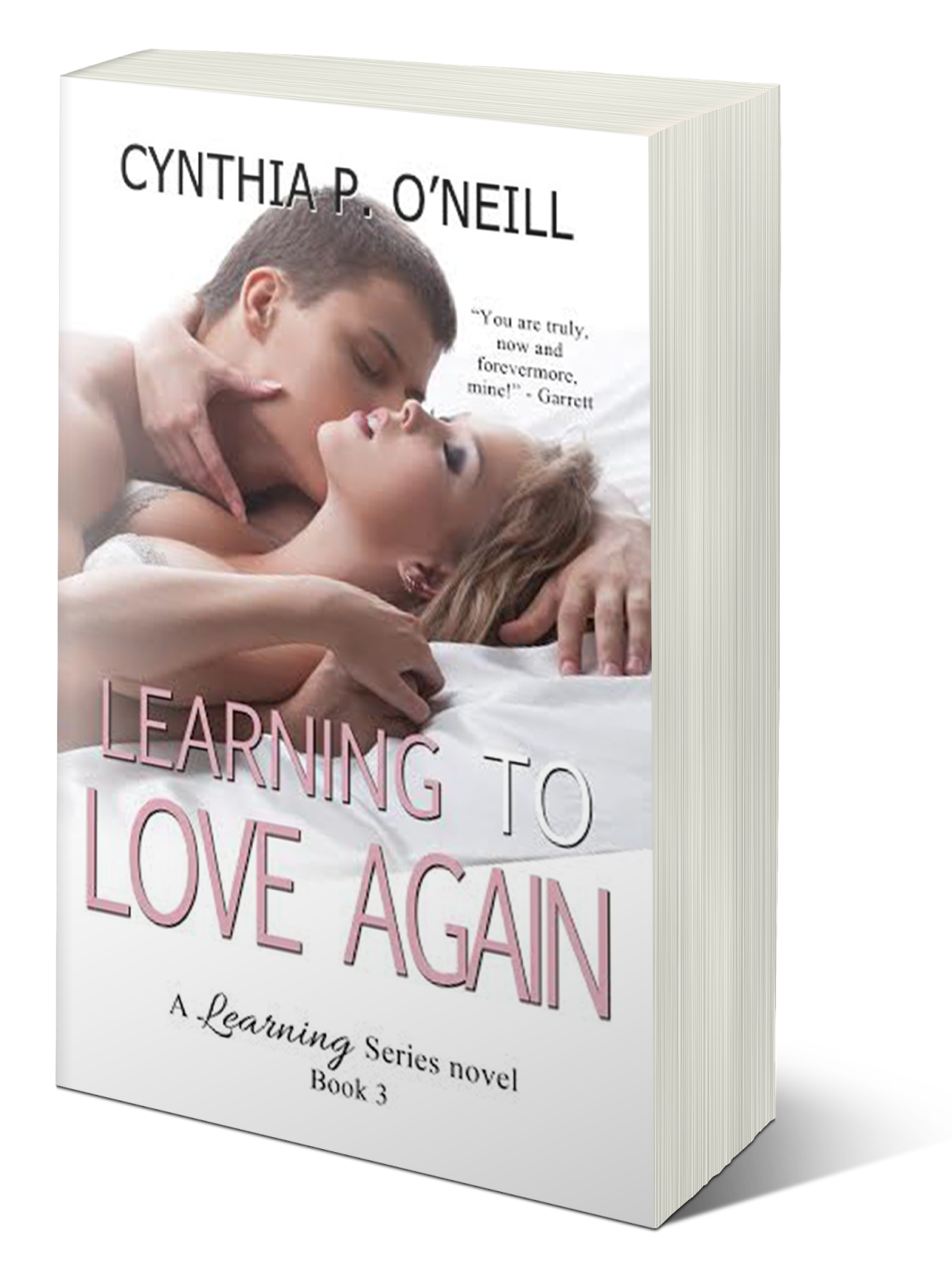 Series: Learning Series, Book #3
✦✦ SYNOPSIS ✦✦
Control can be a wonderful feeling, especially when you’re an alpha like Garrett Andrews Waters...

But how do you control a beast from the past intent on destroying everything you hold dear? He’d already lost his parents and aunt, but now threats against him, his fiancé, Laurel Hart, and their unborn child pushes him into hiding to try and protect all he cares for.

Can he outsmart Walt Peterson and regain control or will he lose everything he’s come to trust and love, including his own life?

Laurel Hart’s life has been upended, with one traumatic event after another…

But she’s survived thanks to her family and Garrett. She’s learned to trust in Garrett’s love for her; letting go of her past, and his, has opened her up to the idea of learning to love again.

Will her trust and affection be short lived with Chase Peterson hot on her trail, determined to make her his, or will justice prevail and allow them to finally live in peace and have their happily ever after?

It’s a heart pounding race to the finish for both Garrett and Laurel, with surprises around every corner.

A heart pounding race to the finish for both Garrett and Laurel: LEARNING TO LOVE AGAIN by Cynthia P O'Neill is LIVE!

Posted by Unknown at 7:18 PM No comments:

BREAKING BENNETT by Anne Jolin
IS OUT NOW!!! 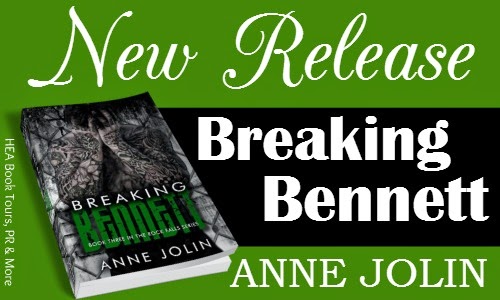 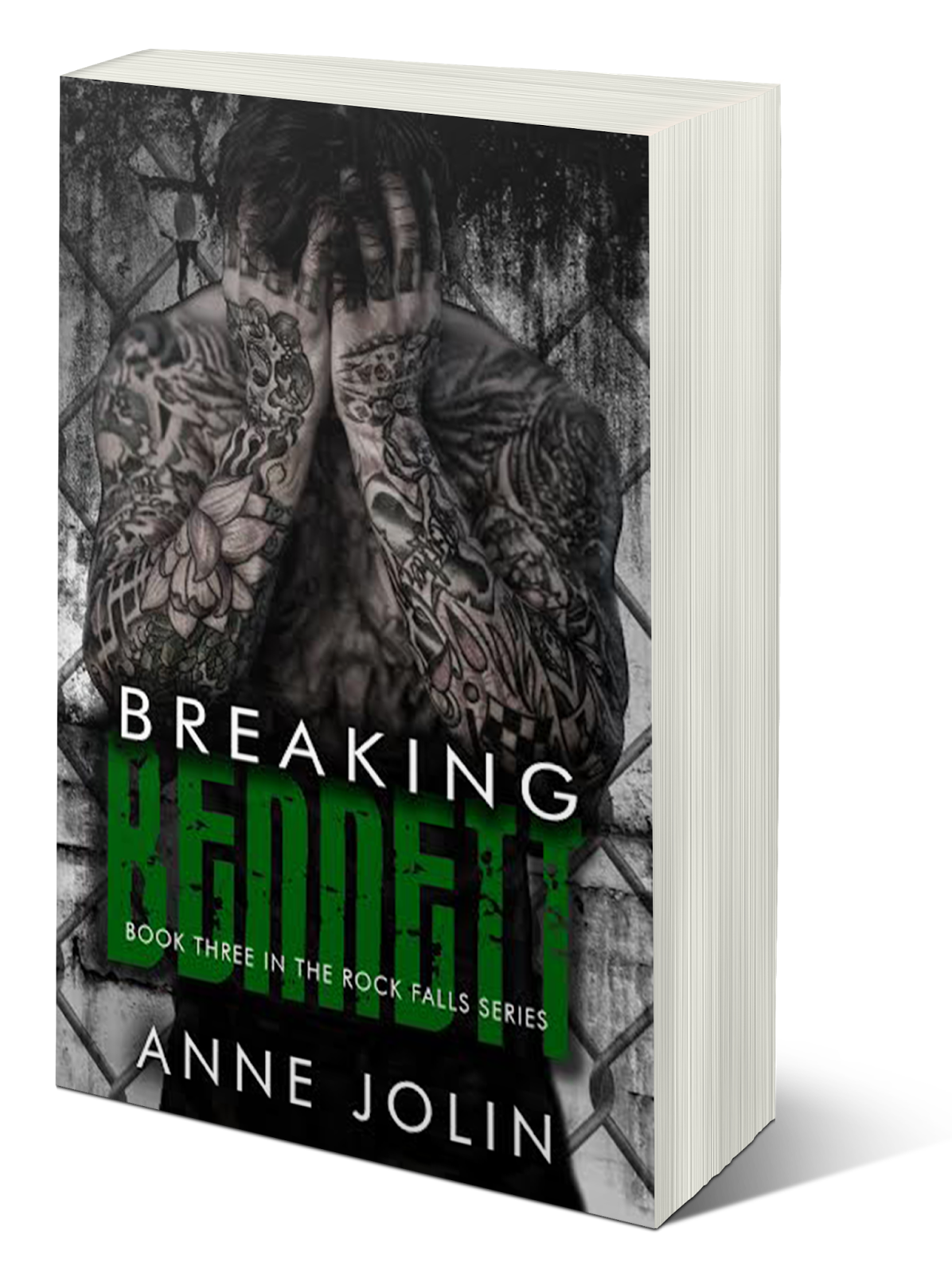 BREAKING BENNETT
Author: Anne Jolin
Genre : Romance | Erotica
Series: Rock Falls Series, Book 3
✦✦ SYNOPSIS ✦✦
Beth Rhodes has always had a game plan. Go to college. Get the perfect job. Get the perfect guy. Get the happily ever after she's always wanted. It is just her luck that everything falls into its precise place in her life. At least it seems that way until her blueprints go up in smoke. She loses the job she loves and her price charming is turning out to be the villain of her fairytale instead. With failures and mistakes piling up on her doorstep, she knows something has to give—or she could very well end up paying for those mistakes with her life.

Braxton Bennett is lethal, both in the courtroom and in the ring. Two sides of him constantly wage war against one another, and to keep the internal bloodshed at bay, he allows himself to indulge in his violent vice. Suit by day and brawler by night aren’t easy dual lives to manage for a man of his status. The only way to do so is by following a strict set of rules—rules he won’t break for anyone. But what if he already has?

On a summer night in the depths of the city, a chance encounter will turn both of their perfectly constructed worlds upside down.

Will they battle together against all odds to break Bennett’s rules? Or will Rhodes tap out to save herself before the fight is over?

Posted by Unknown at 2:49 PM No comments: