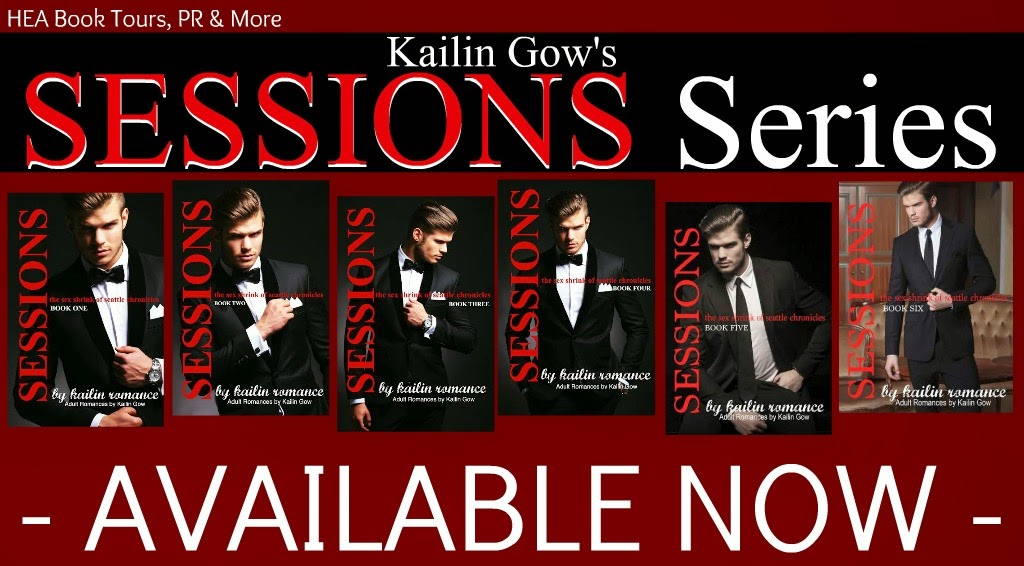 ~ SERIES BLURB ~
Warning: Contains Forbidden Romances that may not sit well with those with traditional views. Also features a male perspective on the Fifty Shades sex phenomenon, and a shrink playboy who is about to meet his match in sexual games and thrills with a woman who will blow a male stereotype of what a fragile but strong woman out of the waters. Read the entire series for the build up to the shocking and genres-melding twist presented in Book 6 and then go back to look for the subtle twists and turns, as well as the interplay between characters. SESSIONS has been optioned for a tv series.

I'm Simon Mark Sessions, Dr. of Psychology, Sex Therapist and Former Mr. Body, also an entrepreneur who made millions from owning a health supplement company. I have a practice in Seattle where I am a therapist. They call me the Sex Shrink of Seattle. Women call me Sex on Legs. I'm an expert on sex because I get plenty of it, and I know a whole lot about it. I'm also on TV as an expert on sex therapy when the whole Fifty Shades thing became big so now my business is exploding with women wanting to learn how to break free of being prudes. Problem is, I'm in a rut myself. It's not exciting for me anymore, until SHE walked through my door and propped herself down on my sofa. Who knew SHE would be taking lessons from me, but she is, and now she may be the one teaching me a thing or two. For mature audience due to language and sexual situations. 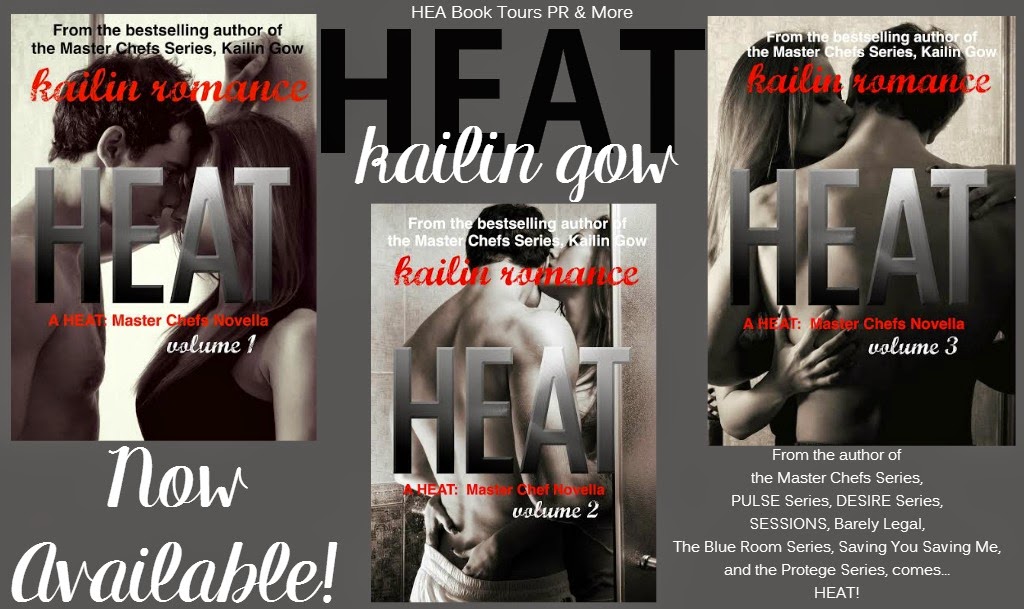 ~ SERIAL SYNOPSIS ~
From the author of the Master Chefs Series, PULSE Series, DESIRE Series, SESSIONS, Barely Legal, The Blue Room Series, Saving You Saving Me, and the Protege Series, comes...HEAT!

Bobby Cummings went to Paris to study at the same international culinary institute as his sister Taryn Cummings. Instead of taking it seriously as she did, he wanted to sample all the goods in Paris, especially the pretty girls there. Why not? He was 19 and the world was his oyster. He wanted to be just like Errol King, a Master Chef, who taught at the Institute and was a notorious bad boy chef.

The only thing was someone was going to walk into his life and put a wrench into his plans...someone with eyes like violets and hair like chocolate silk, and a smoldering passion that consumes him whenever they're together.

Whatever they thought...there's one thing he knew for certain, things with Lily and at the Institute had just gotten heated. 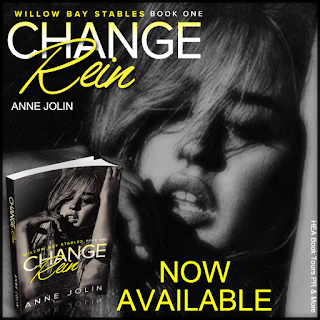 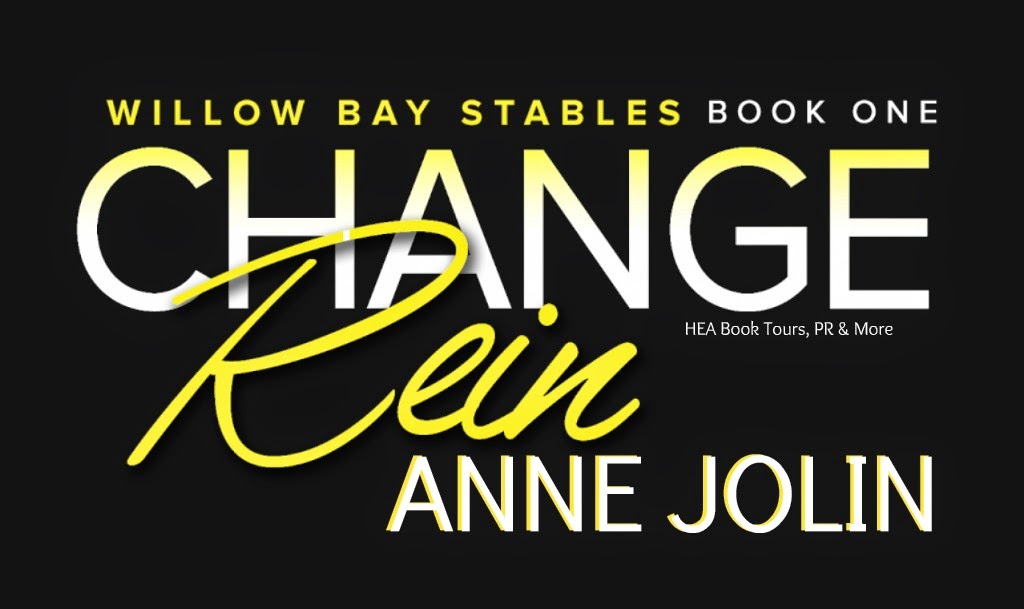 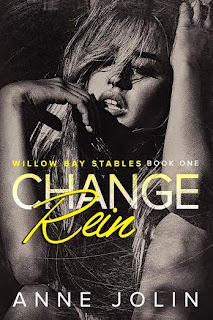 During her years of training abroad, her family's stable has fallen on hard times, and thus, they’ve accepted an offer to board the racehorses of Branson Tucker, the infamous tycoon, for the winter.

London lacks conviction after her ill-fated fall. And as if returning to her hometown to watch her epic failure replay on everyone's big screen isn't torture enough, she’s expected to cater to a man with an ego bigger than her hundred-acre farm just to earn a dime.

Is London saddling up for another ride that will leave both her heart and her ass in the dirt? Or could the handsome, unwanted guest at Willow Bay Stables be her second chance to go for gold?

Add to your TBR on Goodreads today!
https://www.goodreads.com/book/show/24806207-change-rein 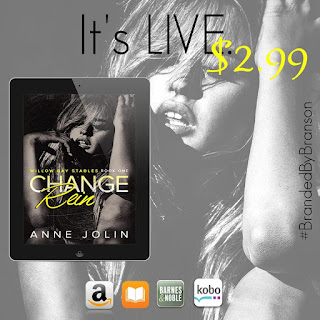 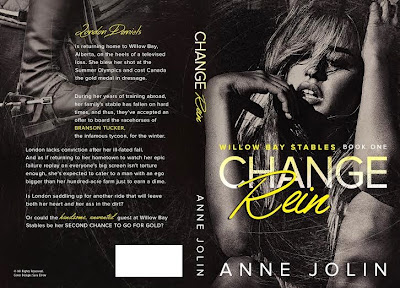 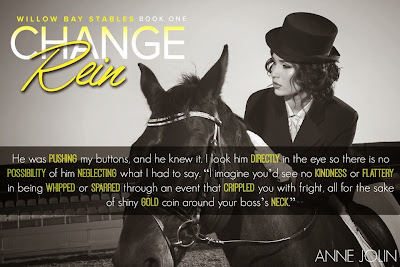 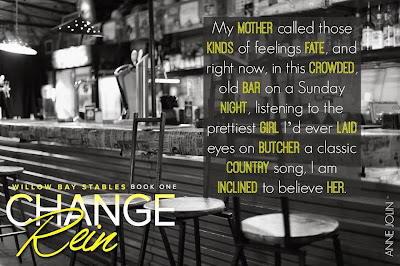 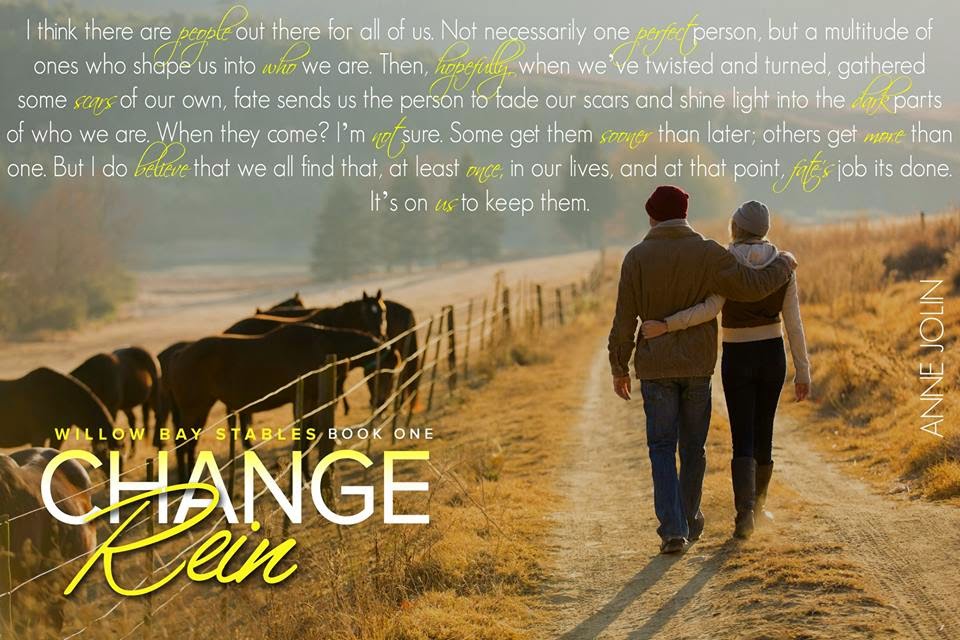